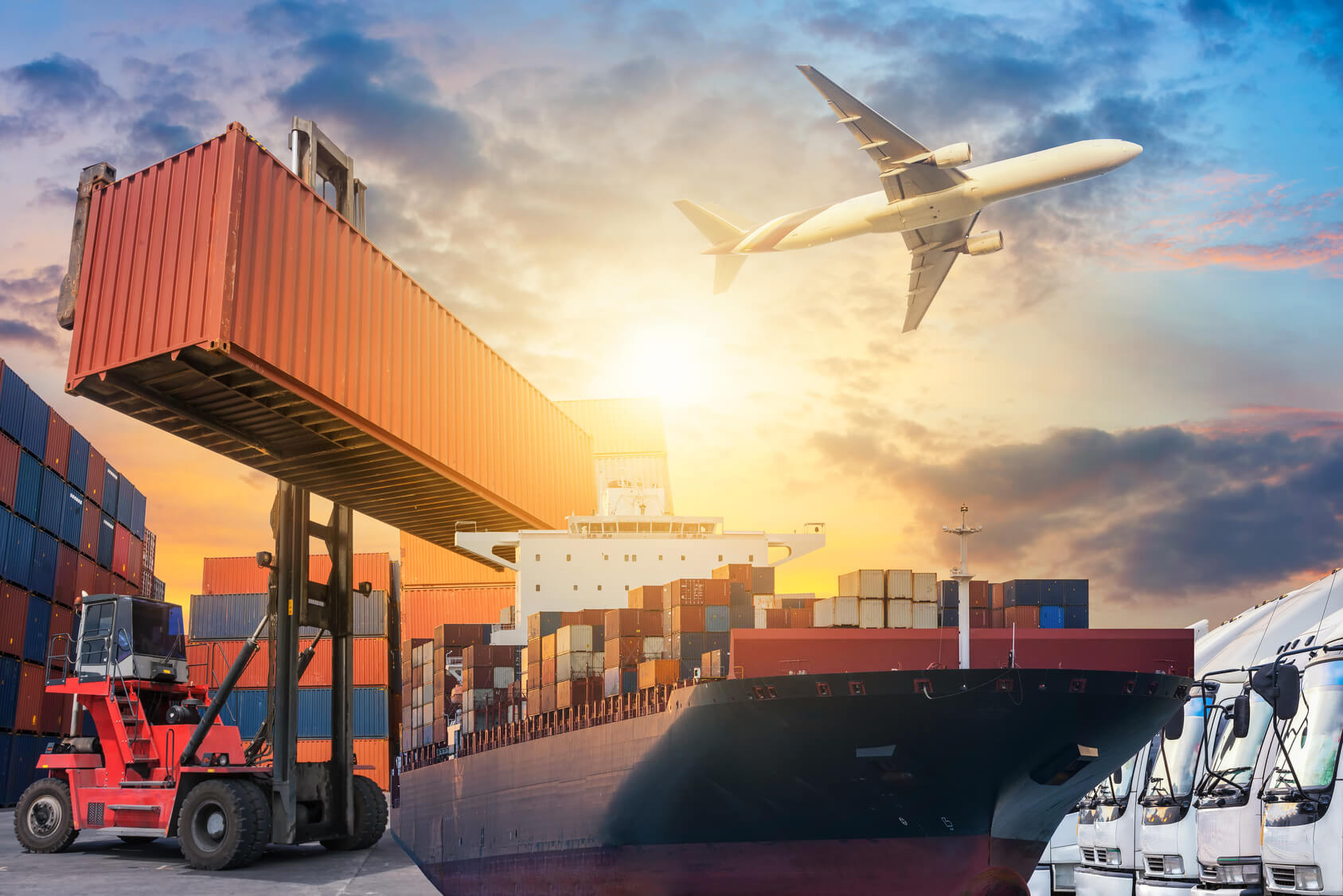 The History of Shipping Services

The practice of trading goods for other goods or services is as old as time itself, however, shipping services have come a long way from utilizing livestock and wagons.

Post-World War II the United States started to shift from mass-production and consumerism to a more service-oriented sector. Both economic deregulation and globalized production create a trade-friendly environment that has the multi-faceted logistics and requirements of shipping services today.

We’ve put together some of the most critical events that have helped shape today’s freight shipping processes. Let’s take a look:

As early as 4000 BC, horses and camels become domesticated and were used to move both people and items. While more efficient than walking, the process was still slow and quantities that could be moved were limited.

Around 3500 BC, the first wheeled vehicle in history was created in the form of a wagon. This increased the quantities able to be moved, however, the human and livestock components kept the process slow. The advent of iron horseshoes sometime around 910 made transportation by horse more efficient. Horse-drawn wagons became a popular mode of shipping, even though it was often slow and dangerous.

The first successful steamboat engine cruised down the Mississippi River in 1787. Steamboats became an alternative for more efficient freight shipping services. Prior to the assistance of a steam engine, rafts and flatboats were used. These methods required manpower and were often slow and arduous with the rafts being left for firewood at their destination, with no way to return them upriver.

In the 1820’s railroad systems peaked and by the end of the century, had a monopoly on the freight industry. This innovative way to move freight was fast, efficient, and required little human intervention. In 1832 Matthias Baldwin built ‘Old Ironside,’ a model locomotive able to go 30 MPH and haul large loads. In 1863, the construction of a railway to connect the Pacific to the Atlantic Ocean began. This ensured safer and faster travel. With this new railway, travel time was cut from six months to six days.

The Transcontinental Railroad was completed in 1869. It brought the Union Pacific Railroad and the Central Pacific Railroad together. It is 3,500 miles long and extends from California through the Sierras and the Missouri River reaching Chicago. Speed and dependability were at an all time high for shipping services, no longer depending on livestock and human capacities.

Transportation companies were regulated in order to stop railroads from charging unfair freight rates and to protect companies from unfair competition in 1887. The Interstate Commerce Act required that railroad rates be “reasonable and just,” but didn’t give the government authority to set specific rates.

At the onset of the 1900s cars became popular in cities, but only the wealthy could afford them. At this time, cities began paving their roads to accommodate this new mode of personal transportation.

In 1935, the Motor Carrier Act passed, regulating the trucking industry. This act set freight-hauling rate regulations restricted the number of hours truckers drove and monitored trucking companies’ range, as well as the type of freight they shipped. Road infrastructures advanced with driver demand.

By the year 1950, about 173 billion ton-miles of commercial inter-city freight was transported by truck. About 15 years later, Eisenhower passed the Interstate Highway System into law, creating a 41,000-mile National System of Interstate and Defense Highways. The intent of the system would safeguard against dangerous roads, inefficient routes, and traffic jams that were barriers to “speedy, safe transcontinental travel.” This would also enable larger trucks to carry more freight on faster schedules.

Freight revenues rose in the 1970s. Trucking moved from carrying less than 1 percent of freight-ton miles to 25 percent, with 75 percent of revenue coming from high-value goods. Large companies were offering truckload service and other companies less than truckload service alongside a system of smaller regional and local carriers. A high-quality highway network made trucking the most reliable service available.

Commercial freight by truck reached 555 billion ton-miles in the 1980s, as it grew along with the interstate system. Federal restrictions loosed on trucking prices and routes. By 1985, commercial truck freight increased to about 650 billion ton-miles.

In the early 1990s, trucking deregulated and the industry saw more independent owners and operators. Deregulation of the intrastate activity of interstate carriers eased the economic mandates initially placed over truckers operating within their borders.

After a US economic recession in 2001, shipping companies witnessed financial gains. A new set of driver hours of service rules went into effect which cut driving time for truckers. The industry was now required to process electronic cargo manifests to Customs and Border Protection for trucks entering the US through all entry ports in Washington, Arizona, and select ports in North Dakota.

As of 2019, trucks moved 11.84 billion tons of freight. The same year, trucking’s revenues accounted for 80.4% of the nation’s freight bill.

Freight shipping services and the future

While shipping services have evolved from horses to boats to freight trucks, the main goal has always been the same; moving goods from one place to another quickly, and safely at the most cost-effective rate.

Today, it is easy to get a shipping quote with the click of a few buttons, and organizing logistics through the supply chain can all be done from anywhere with a computer and internet connection.

This process is likely to continue to evolve as new methods become available. Digital, solar and even electric opportunities may have a future in shipping services.

At Calex ISCS, we are committed to our focus on safety and reliability. We have been “Doing what we say” since 1974. We strive to help you discover the shipping options that can reduce your costs while streamlining your operations, and we are looking forward to what’s next.